I went to one of the local Goodwills on my way to Wal-Mart.. I told myself I wouldn't but I couldn't help it and i ended up really glad that I did!
I got all of this, plus two books and a really nifty fake plant (that is still in my car ill get a picture later) for $27.. They also had two different types of birdhouses, I had them both in my cart but put them back, if they're there when i go back i will get them but not this time.

A duck, bird and mouse, i love the mouse and i kinda want to paint him but im not sure.. and the bird I can put with my newly acquired birdhouse! 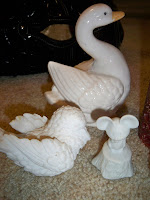 Two gold heart candles, a red tall and gold short pillar candle, both with really awesome designs on them, and a bag of silver sparkly balls i can use just about year round! 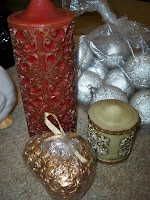 Although really tiny, I thought it was really cute! 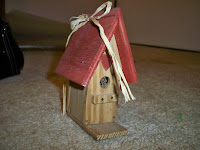 $1 red shimmery plate, it says its from Things Remembered on the back so it couldn't have been cheap originally when someone got it, I can use it for Valentines, Christmas and 4th of July, then use it in my bedroom the rest of the year! 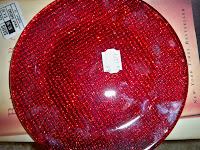 I really liked the vase this was in and thought it was worth $3 all day. I have purple flowers on top of my bookshelf and even though i don't much care for purple i thought the flowers were cute too, and whenever i can find something to go into the vase i can always take the flowers out and save them for something else! 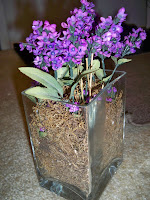 As I was checking out I looked behind the cashier on the counter and saw this. I knew it was one of the 4 or 5 left that I wanted, and I had it on my list for my boyfriend to get me for a Valentines/Anniversary present. I thought about telling him to go back and get it for me on Sat or Sun, but it just came in earlier today, and I knew somebody would snatch it up way before he would get there. I asked her how much and she said $7.99, really it would be over $30 in the store so how could I pass it up! I'll just give it to him to give to me come our anniversary! and then he wont even have to do any shopping and i'll feel good that I saved some money on it! 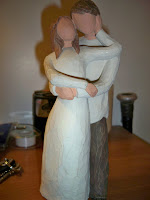 I had $8 in my wallet and told myself I wouldnt put anything on my card but I wanted to check it out, see what all there was left from the weekend, or new put out.
I spent $6 and got a few things...

This was sitting out of its box and I thought it was just the cutest, I haven't tried lighting it up yet so I have no idea what it looks like lit up but its adorable as is, and I like that she has kitties! and it was only $2.99 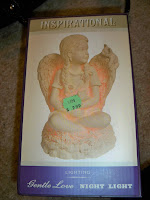 I love gel clings for my mirrors and windows, im obsessed, i have tons for every holiday. I usually get them at walmart since thats the only place aside from Target I ever see them but I was excited to come across these, AND they were only .50 cents! 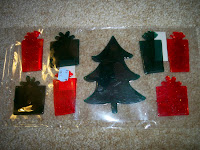 Is he not the cutest???!!! He has an indent on his stomach.. makes me think there was a second part to this like a second bunny or something, but I couldn't leave him sit there pushed to the back of the shelf, he's just so unique looking! and .99 cents! 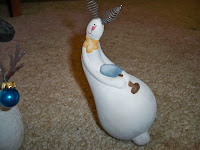 This adorable snowman is a candleholder, but he'll probably just end up as another decoration on the shelves, I couldn't pass up this little guy either! AND he was only .29 cents!!! 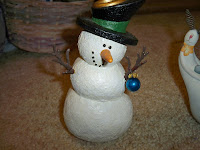 I saw these two candle holders over the weekend, at .49 cents a piece, I saw everyones ideas of getting these and the tall vases and making apothecary jars so I had to go back for them, and sure enough.. there they were waiting for me! And then I saw this plain wooden heart sitting there.. .59 cents I was hoping it would've been cheaper but Ive been looking for plain wooden shapes so that I could either paint or paper them and put them around and this is perfect, and its a nice hunk of wood too! 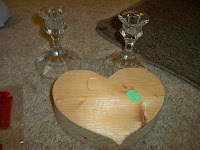 I also got two books and a book of glitter scrapbook paper for $10 at Ollies (two books $4 each and the paper was $2) I figure I can use the paper with my scrapbook and for candles, kill two birds with one stone! and they're pretty pastel colors so that I can use them for my spring candles
Posted by kristin at 5:48 PM 1 comment:

My Goodwill finds and valentines decorating!

I spent a few hours out today and went to two out of the 4 of our local Goodwills..
I only spent $28 and came out with a TON of cute stuff, along with a scrub top and three super awesome bath towels that I didn't take pictures of. I also got four bags of gold christmas beads ill put into a jar or vase whenever the need to use gold arises.. I also got 3 big soup bowls which I needed more of, and two small heavy bowls for my rats cage since they tip over everything else I put in there... -.-
Cute little birdhouse, on top of my bookshelf 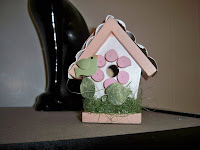 got the basket and the apples and pears for $3 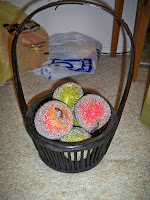 heart shaped jar, which i now have those cinnamon candies in. there was a white one there too but i didnt get it, if its still there when i go back im going to pick it up. 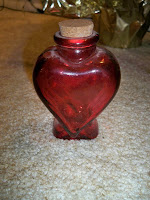 got the vase at goodwill awhile back, and the beads and flowers at walmart. 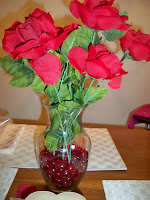 .99 cents for both the candle and holder, i thought itw as really cute, and the candle i can use for every holiday! 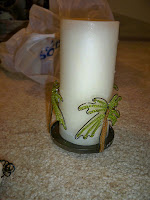 I've been looking for one of these EVERYwhere. I finally found one! it was only 1.99, its kinda small but oh well! 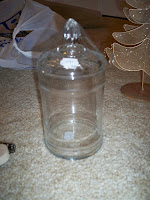 Cute little jar thing, i like the color, texture and the writing around it.. ill probably just sit it on my counter and use it to store random stuff. i believe this was only .59 cents as well. 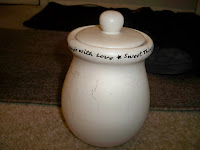 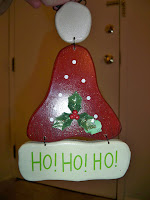 sleigh, another thing that would look cute with pinecones or xmas balls. 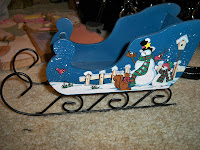 Cute gold sparkly tree, 1.99, i dont like the teardrop things on it but i can remove those. there were two but i dont know what id do with two. 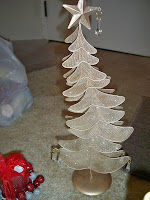 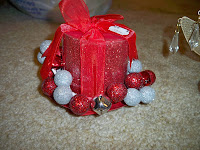 This vase is gorgeous, and i really like the flowers in there too, it will look so cute next to the birdcage on top of my bookshelf.. only .99 cents! 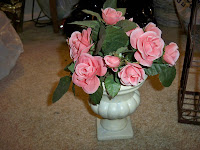 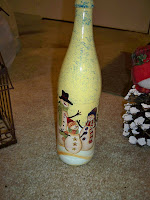 I know I could've made something similar, but it was only .59 cents, so why not just buy it! its so cute 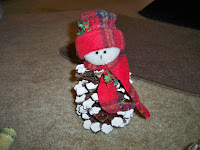 This star is filled with 13 different kinds of beans to make a soup, i dont like the beans, nor do i plan on making the soup but i love the jar ill probably fill it with small pebbles or glass beads or something later on. .99 cents 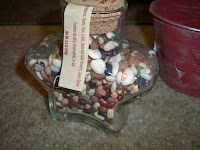 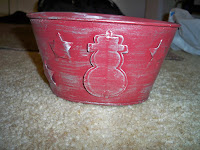